The Scouts headed up to the Lake District for Summer Camp 2016 .

If you don’t want to read all about our week in the Lake District, scroll to the bottom for the pictorial version!

We all met at the Scout Hut If you can’t be bothered to read about our week in the Lake District, skip to the bottom for the pictorial version!on Saturday morning and after a short delay whilst we waited for our coach to arrive we headed up the motorway to our campsite. We were staying at Great Tower Scout Activity Centre where we were greeted with torrential rain! For the Scouts this was a good time to eat lunch in the comfort of a dry warm coach whilst the leaders ran around in the rain unloading and transporting all the kit to our camping pitch. Once the now slightly damp Scouts arrived on site, they took shelter in our Mega Mess Tent to wait out the heavy rain. During this time everyone was sorted in to patrols and had the chance to get to know each other a bit better as Kinder and Cobden Scouts mixed. Eventually the rain eased off and we were able to get out and pitch the tents and it gave the leaders a chance to get set up for the opening of Summer Camp, Gala Night. A menu of Tortellini Skewers, Meatballs in a Tomato Sauce on a bed of Pasta and Homemade Biscotti served with Summer Fruits and Cream went down well with everybody and before we knew it was time for bed.

Sunday started with a morning inspection to see how organised how patrols were after one night, and there were varying degrees of success. A most of the patrols were “good” with only couple with “needs improvement”. The PL’s also got to choose their patrol names for the week off of the local map.  To start the day we had a widegame that was designed to encourage teamwork amongst the patrol. Each patrol was issued with a “passport” which they had to fill with stickers by completing a range of tasks. The tasks included setting up an altar fire, completing a number of laps of a circuit, doing some sit-ups and various others. The rest of the morning was spent wooding and sorting our camp out after we didn’t get a proper chance the day before.  After lunch we had a wander around the 255 acre site to familiarise ourselves with where all the facilities were, we also had an ice-pop each as the sun had decided to come out briefly.

We quickly found that thanks to the torrential rain on Saturday that all the wood was now soaking and causing problems with lighting fires (even for the leaders!). This meant that cooking breakfast became a drawn out affair with some patrols having to to have their breakfast cooked on the gas. Monday was our first day off site and the first stop was Threlkeld Quarry Museum. Once there we had a ride on their narrow gauge (2ft) railway and got shown how “Sir Tom” the steam engine worked. The group was then split in to two groups, one group would do the metal ore mine tour whilst the other half would look around the museum and do some mineral panning. The mineral panning got very competitive as everyone was trying to collect the most minerals and find the elusive blue ones, some lucky scouts found several whilst some disappointed leaders didn’t find any! We had lunch there with some great views of Blencathra. After lunch our next stop was Keswick where the Scouts were given free time to go and explore the town so that the leaders could have an ice-cream in peace. After an hour or so in Keswick it was time to head south to the very bottom of Lake Windermere and to Fell Foot Park. Once at Fell Foot the beach BBQ was fired up and while the Scouts waited for the food to be cooked they competed in the Summer Camp Games, based loosely on the Olympic Games. We had five events ranging from the more traditional long jump, sprint and long distance run to throwing a tennis ball and the hill roll. Once everyone had competed and then had there fill of the BBQ, we had a National Trust Ranger join us to do a bat walk. The Ranger started with a quick game to explain how bats echolocation worked. The Scouts were split into smaller groups and given a bat detector which if they pointed in the right direction would pick up the very high pitched noises the bats were making. Along the lake shoreline we all managed to spot lots of bats swooping down catching flying insects. Then to finish of the day we had a short walk back to site. After our short three mile walk everyone was ready for bed!

Another busy day and another mine tour to look forward to on Tuesday! The mine we headed for was Honister Slate Mine which was much larger due to the nature of the mining process compared to the small mine we had seen the previous day. Again we split in to two groups, one group went on the mine tour before lunch and would then swap with the group doing Via Ferrata (Italian for Iron Road, it is a way of ascending steeps mountains clipped on to a steel cable that is attached to the rock, mostly found in the Alps). On the mine tour we saw some impressive tunnelling and some massive chambers within the mountain side. We also learnt about how hard work it was for everyone involved, including the children that were as young as the Scouts, as large lumps of slate had to be man handled out of the hillside and down narrow tracks to the workshop at the bottom. The highlight of the day though was the Via Ferrata trail that followed the route of one of the old miners tracks which eventually topped out at the summit of Fleetwith Pike (2,126ft) with stunning views of Borrowdale. That evening we had a late tea and the Scouts were dispatched to collect wood and sort out their patrol areas ready for breakfast in the morning and most importantly, a midnight inspection.

Again we struggled with fire lighting even though some of the PL’s had tried to dry out some wood in the tents overnight. Eventually breakfast was cooked and the first competition of the Wednesday was mini-archery. Each member of the patrol got three arrows and the patrol with the highest cumulative score at the end was the winner. Let’s just say it wasn’t a very high scoring affair! After lunch we walked in to Bowness in the glorious sunshine and very much looking forward to our first and needed swim of the camp.  After the refreshing swim in Lake Windermere we headed to The World of Beatrix Potter Attraction where we all learned about the story of Beatrix Potter and most were reacquainted with childhood  storybook characters, and for some they were introduced to the world of Peter Rabbit, Jemima Puddle-Duck and friends. We then had a bit of time to explore Bowness before a quick fish & chip supper as we had tickets booked for the Where Is Peter Rabbit? stage show. Where Is Peter Rabbit? is a “musical adventure” that rounds up most of the characters created by Beatrix Potter in to one story about trying to find Peter Rabbit. I think it’s fair to say that the production was a lot better than we all expected and was enjoyed by all. All that was left of the day was to head back to camp at dusk.

An early start on Thursday to get to our activity on time. With only a couple of mile left to our destination our coach started to have engine trouble! The driver managed to coax it another mile but with tight twisty roads and traffic coming the other way the engine finally stopped. The last little bit had to be done on foot with fingers crossed that there’d be a coach to take us back at the end of the day. Once at our destination of Old Dungeon Gyhll half the group got kitted out for a session of Gyhll Scrambling. The other half of the group passed the time with football, lawn darts and a running slalom relay competition. Gyhll Scrambling mainly consists of climbing up waterfalls and jumping in to pools of water, it’s a bit like coasteering but without the massive jumps. This activity was probably rated as the best thing we did all week! Fortunately there was a coach to take us back to site at the end of the day, not the same one though. Once back at site it was tea and then we had time for a widegame. It was a bit like a treasure hunt, with clues located at different locations around the campsite. Once the patrol had been to each location and collected a Lake District trivia domino all they had to do in order to win was match up the question on one side of the domino to the answer on the other side of another domino and eventually there was a continuous loop of question, answer, question, etc.

On Friday we headed in to Ambleside where we had lunch sat in the park before the Scouts were let loose on the town. After free time we headed back to the park and the 9 hole crazy golf course. We all went the course in groups of 3 or 4 and Scouts were even trusted to complete their own scorecards. The scores were pretty close at the end with patrols averaging scores between 40 and 47 strokes per player. After golf there was enough time for a swim and some races in Lake Windermere. Back on site and it was time to cook tea, and finally every patrol managed to get a fire going and keep it going for long enough to cook a meal! Then for our final night on camp we all gathered around one fire for a sing-a-long. It started with a pop karaoke until the speaker battery ran out, then we moved on to more traditional campfire songs with the Scouts choosing and leading some of their own favourites. After an exhaustive repertoire of songs the campfire was finished with the traditional “Kumbaya, my Lord”.

First task of the day was to pack bags. It’s always surprising how far items of clothing can travel across a tent, and how people fail to recognise items of their own clothing in the lost property! Once everyone had eventually packed all their kit there was time for a game of Danish Longball before the real hard work started. Each patrol got the opportunity to bat whilst everyone else fielded. What made this game a bit different to normal was that we were playing in a wooded area rather than a flat grassy open area. Amazingly we managed not to lose the ball in the undergrowth or injury anybody on trees. The leaders rounded off the competition by comfortably beating the scores set by the Scout patrols. All that was left to do was strike camp, drop and pack away canvas’, fold groundsheets, clean pegs and then pack it all on to the coach. After a brilliant week away, we were soon back at the Scout Hut doing a final flag down and saying goodbye to everyone. 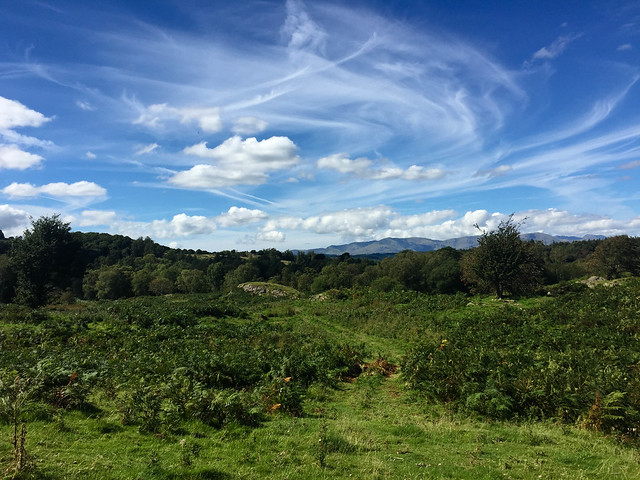